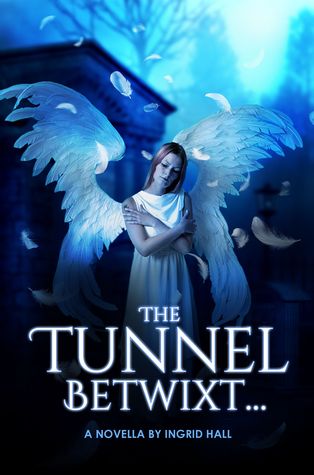 Imagine for a moment that a place truly exists between life and death, a place where your soul is given the opportunity to review your past, your present, and to some degree, your future. And, once you have discovered all that you thought could be discovered, you find that there is much more to this place between worlds. Things thought of as old and passé, except for those few that consider themselves historians, academics, or historical fanatics, become a force that shift your perceptions of reality, making you see yourself, your life, and those within it in an effervescent light of enlightenment.

The Tunnel Betwixt delves into this sphere of the unknown with a creative imagination, taking you on a rollercoaster ride into the modern and through the past. Julia, the young woman who leads us on this journey, revisits portions of the life she has lived and draws upon fantastical stories of the past to catapult her through this elusive tunnel, accompanied always by her reluctant Lucifer, Colin. By the way, and this is not a spoiler, Colin is the antagonist, the driver that careened into Julia’s young form, thereby placing her in a comatose state in the hospital. She encounters people she knew in life, some long dead, who help her through this maze of events.

On a personal note, although The Tunnel Betwixt is obviously the product of a very active and entertaining imagination, it was difficult for me to focus on the story itself due to run on sentences, punctuation, and descriptive verbiage. If this was done on purpose, then well done. But, the style wore me out. Furthermore, I have to admit, that as I am not an academic and merely considered of average intellect, I found the references to the past, and even a few of the situations, somewhat confusing, which left me wondering – why? Perhaps to another reader it would make sense and be a delightful trip. Myself? Well, I would much rather have a sit down over a cuppa and discover firsthand the enigmatic mind of Ms. Hall.